with Judith Hamann and Florian Bergmann

Germany 1968: in the young Federal Republic, thousands of students protest against old Nazi bigwigs in the halls of power, in cultural institutions and at universities, for a reorganization of society. The revolt causes an unprecedented political and cultural upheaval. Elisabeth Agnes Preis (*1936), however, decides to leave Germany for a life in the authoritarian regime of Iran under Shah Mohammed Reza Pahlavi. In August 1968, she travels by car with her husband Seyed Kazem Hanafi Yazdi (*1933) and their eight-year-old son Thomas from Wuppertal via St. Lorenz and Graz in Austria, Zagreb and Belgrade in Yugoslavia, Sofia in Bulgaria, Istanbul, Ankara, Samsun and Erzurum in Turkey via Tabriz and Karaj to Tehran. She opens a store for natural food and spends only vacations in Germany until her death in 2002. 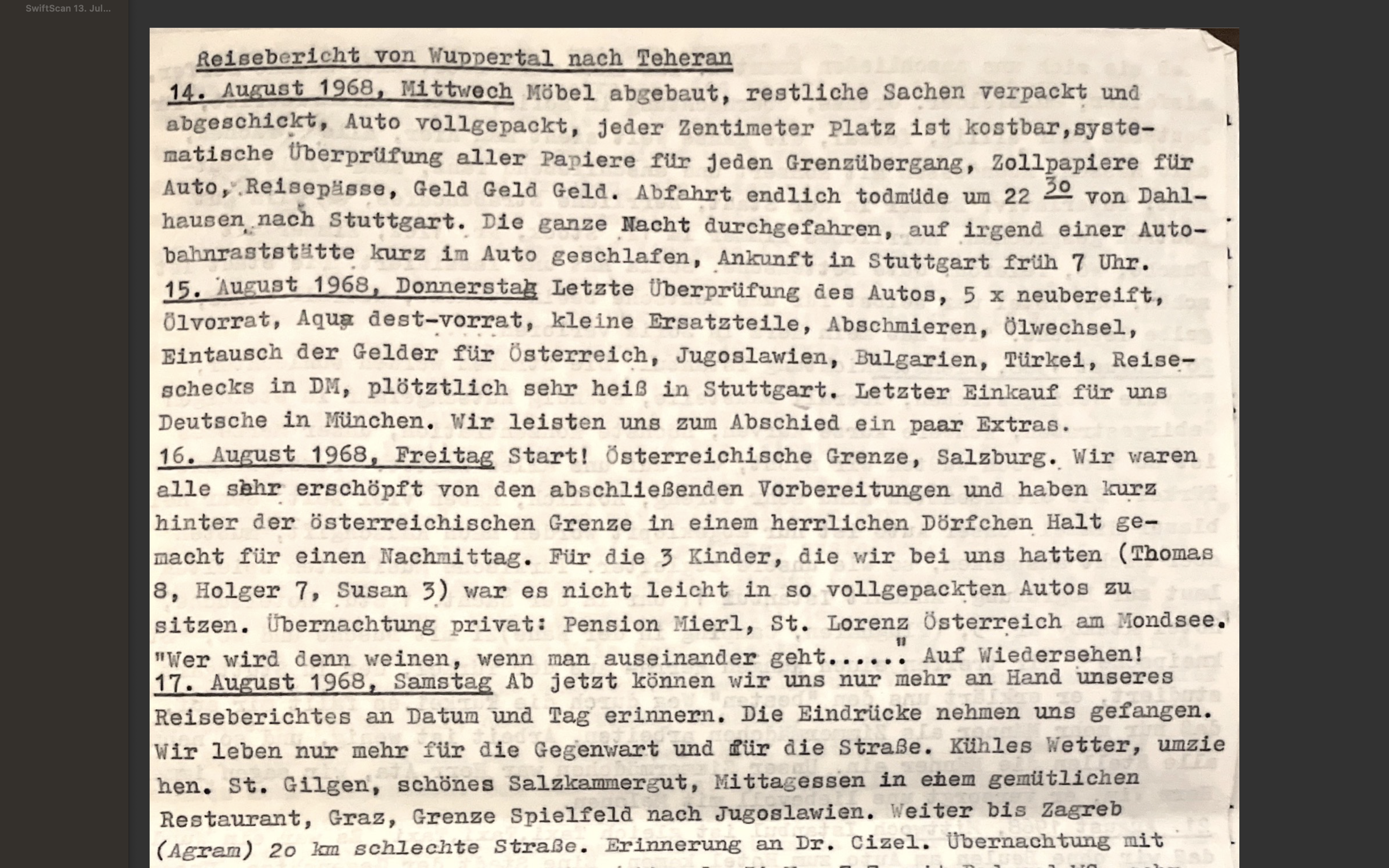 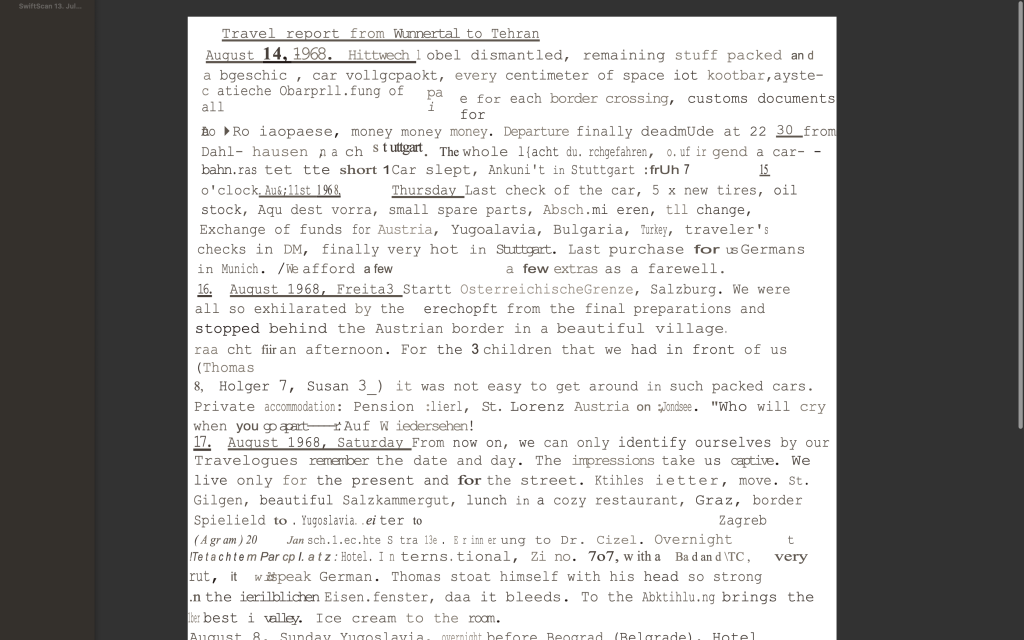 Sound artist Shaahin Peymani is the grandson of Elisabeth Agnes Preis. He has found her travel diary from August 1968, in which she describes the route, places of stay, encounters with long-distance drivers, “guest workers” and globetrotters, meals, and German pop songs sung on the journey. His grandmother’s journey is the basis for an electroacoustic work that he developed together with cellist Judith Hamann and clarinetist Florian Bergmann and premiered at “Klangteppich IV” at Theater Aufbau Krezberg, Berlin in June 2022. 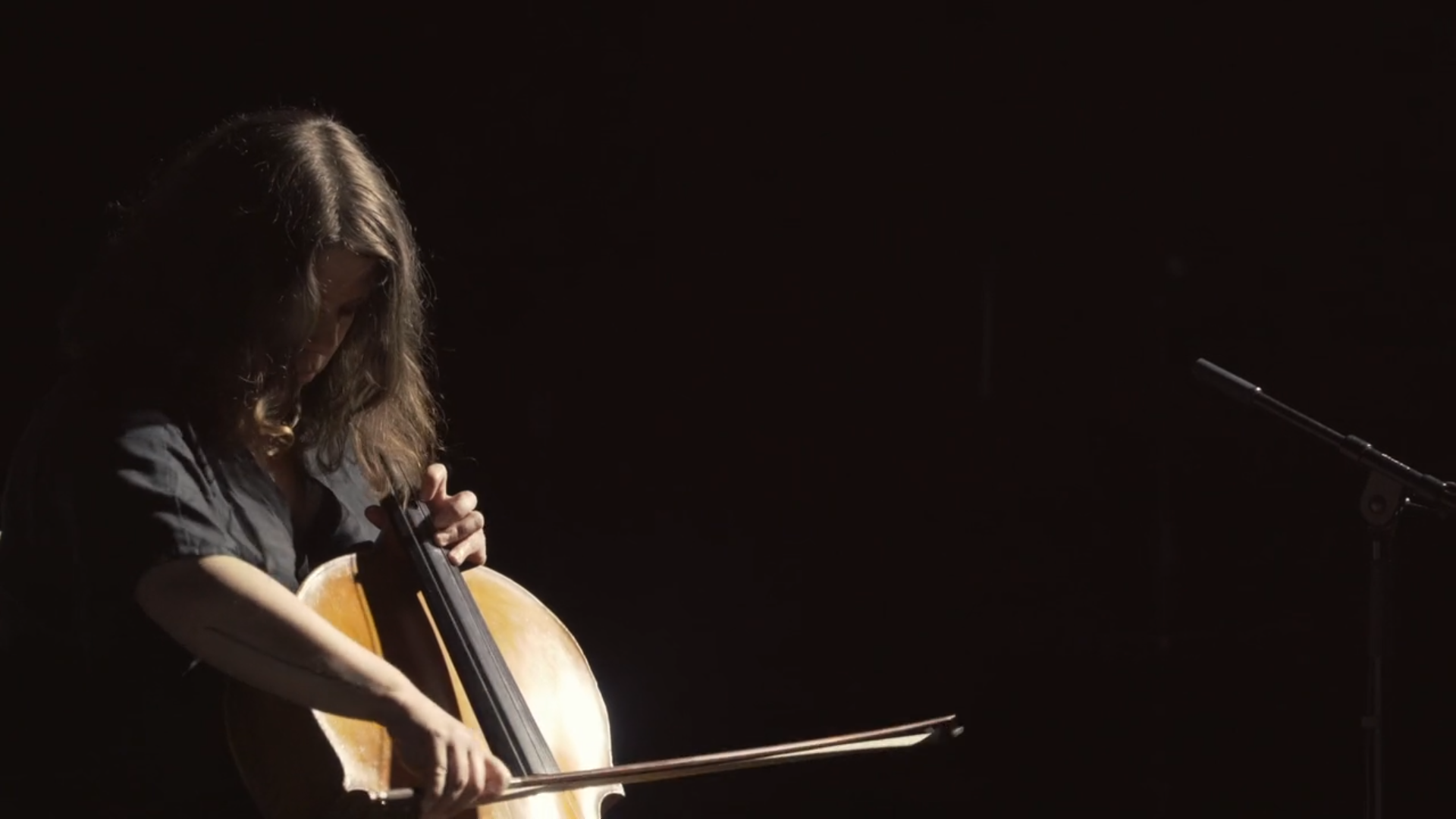 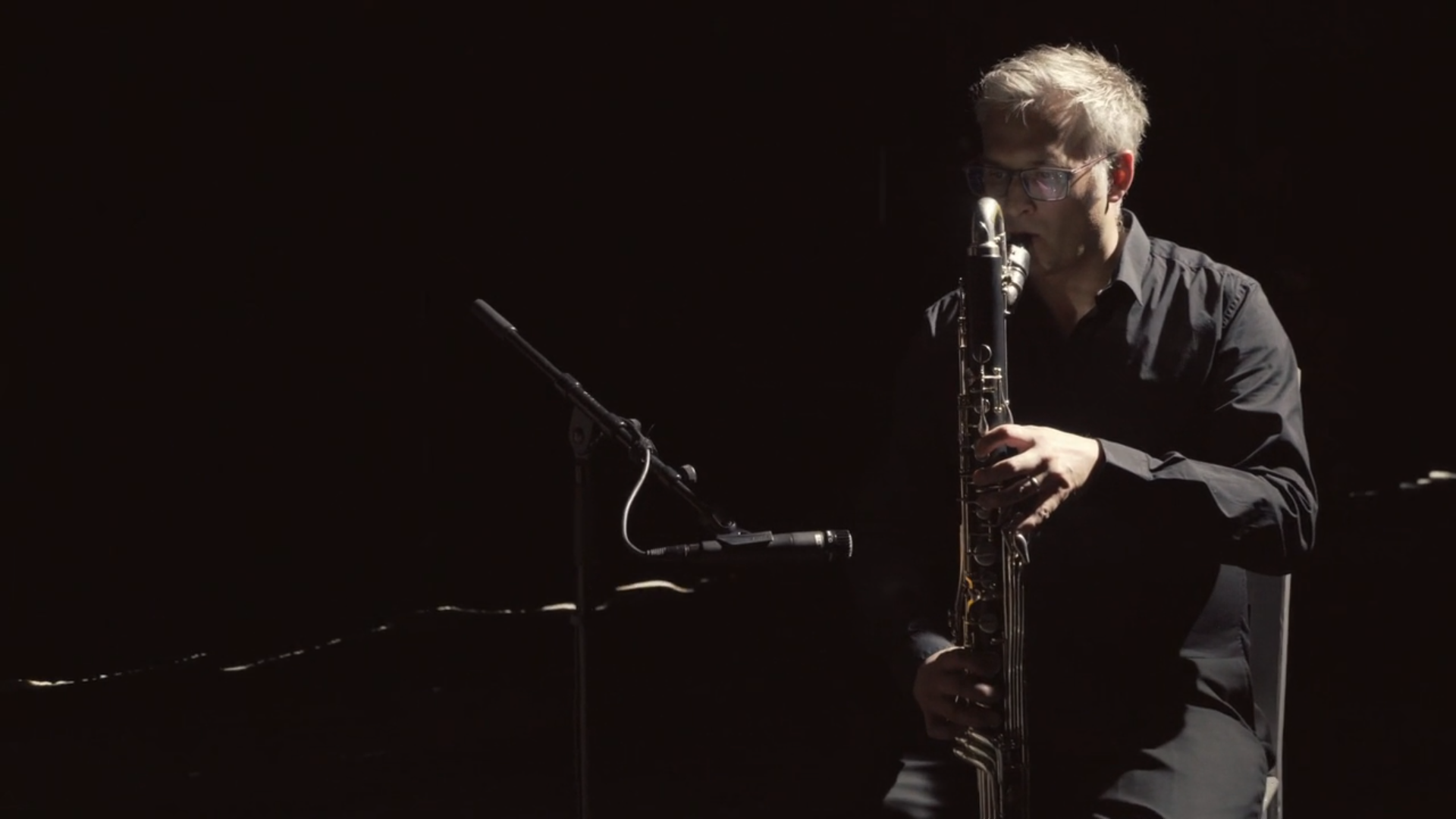 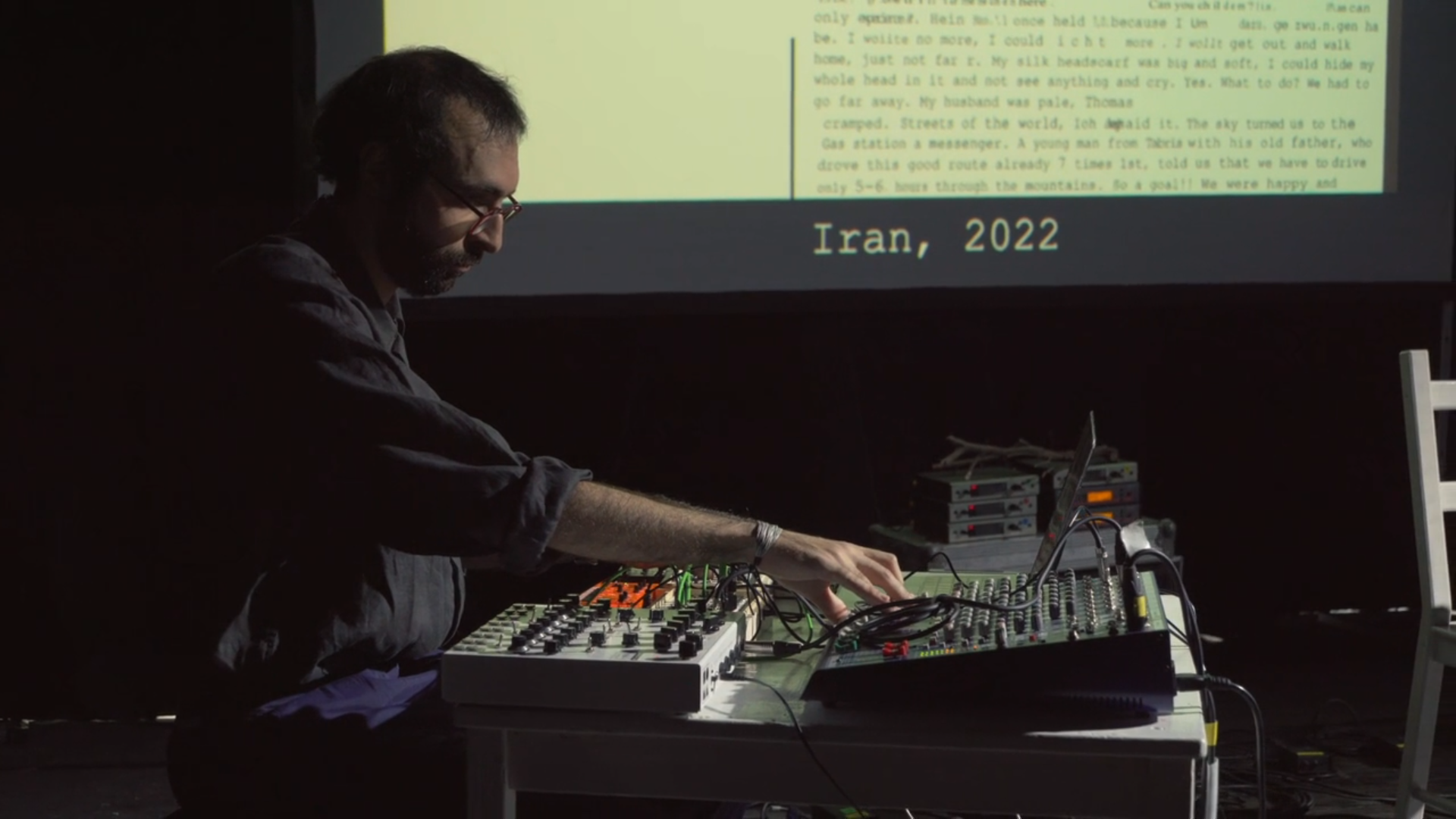